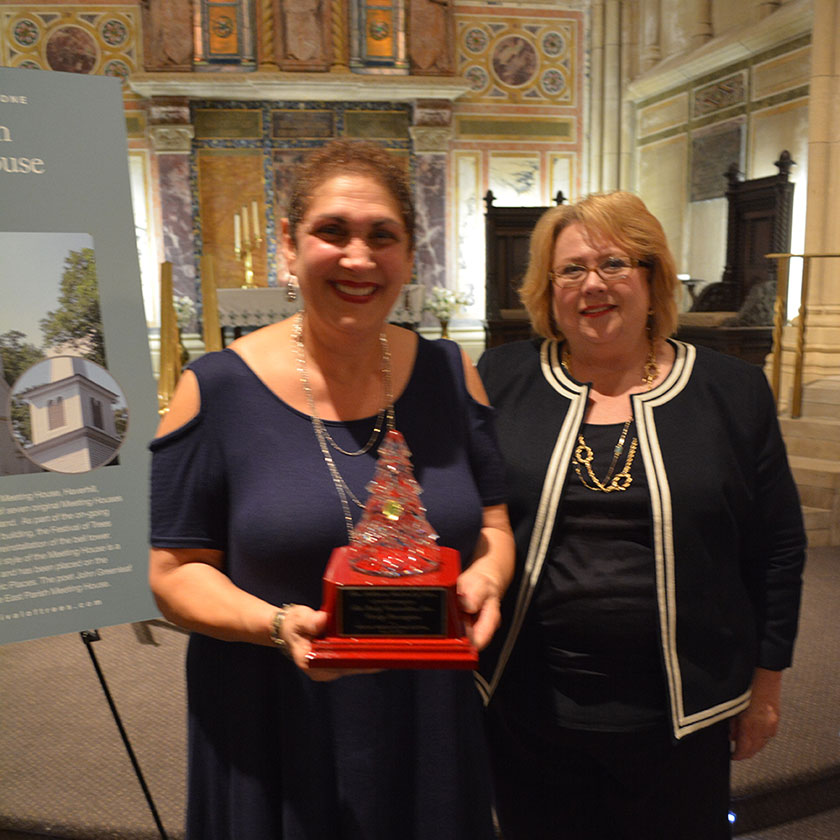 The Festival’s Preservation Award was presented to the Rocks Village Memorial Association and the East Parish Meeting House Society – non-profit, volunteer-based organizations that have worked to preserve two of Haverhill’s historic treasures. According to Festival President Sharon M. Pollard, “These organizations share the Festival’s core commitment to preserving the rich history of our communities.” She added, “We’re proud to have them as Preservation Partners and we’re happy to solute their great work with this recognition.”

This year, in recognition of Sharon Pollard’s leadership of the Festival of Trees, the Board announced the preservation award will now be known as the ‘Sharon M. Pollard Preservation Award.’ Sharon is the Founder of the Festival and completed two terms as president of the Board at this year’s annual meeting.

Special Friend of the Festival

“Cindy and her Party Connection Team have been a special part of the Festival of Trees for many years,” said Festival President Sharon Pollard. In addition to providing quality catering services for Festival events, they have decorated trees, donated to the Festival Auction, and generously supported the Taste of the Festival. “In fact, Cindy and her team have always been there to support the Festival and our mission of historic preservation,” Pollard added.