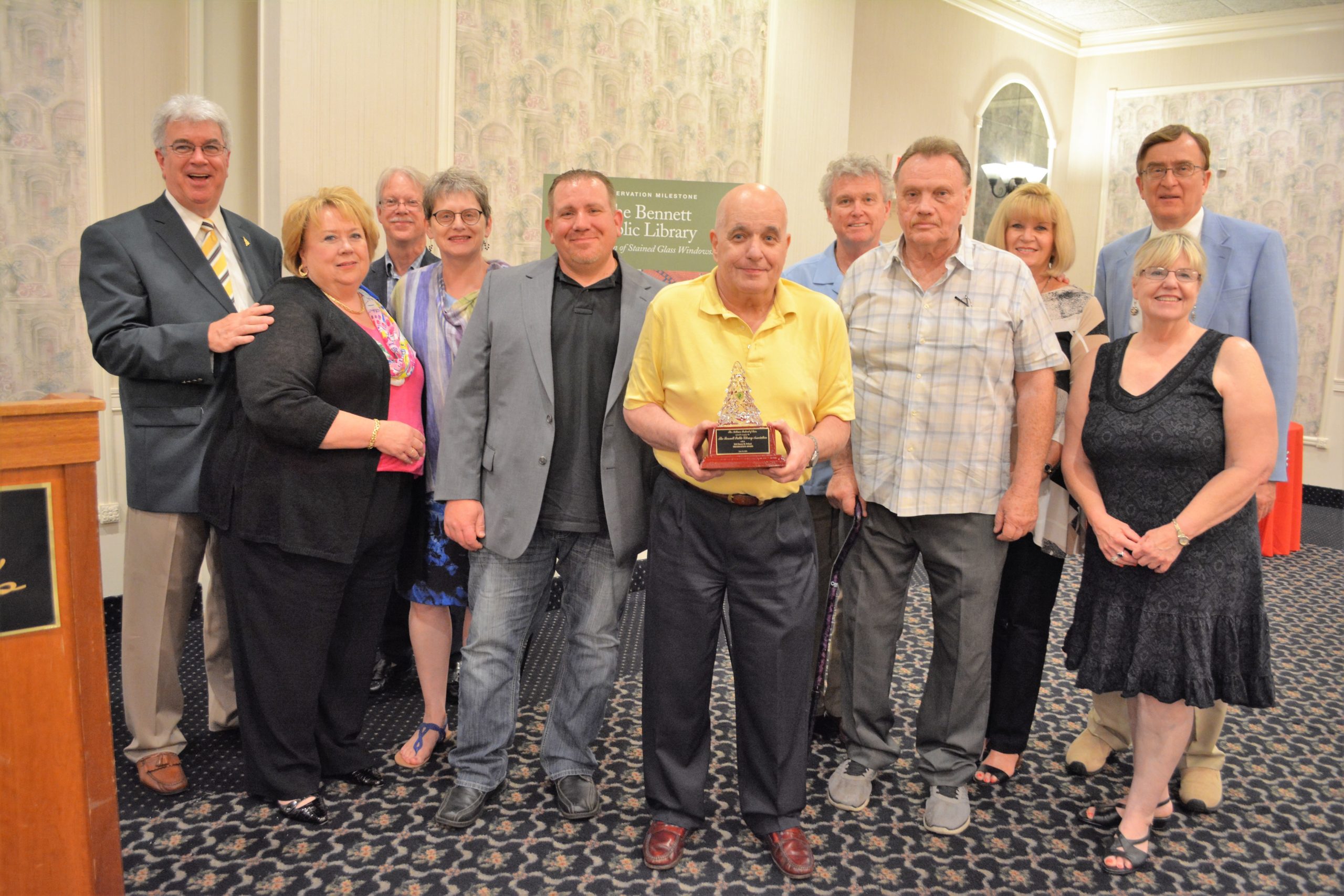 The Festival of Trees presented its 2018 Sharon M. Pollard Preservation Award to the Bennett Public Library Association of Billerica, MA.

Built in 1881 by Mrs. Eleanor Bennett in memory of her husband Joshua, The Bennett Public Library is located on the common in Billerica, MA. In the absence of an official town library, The Bennett Public Library Association was formed to oversee the operation of what was Billerica’s first public library. The library thrived and filled an important role as Billerica’s cultural and meeting center, including housing the collection of the Billerica Historical Society for much of the early 20th century. It remained the town’s only public library until 1980, when a new facility was built a few doors away.

No longer needed as a library, the Bennett saw the opportunity to begin a new chapter. It opened its doors to educational programs and cultural events. By the early 1990’s, over one hundred years of age and activity had begun taking its toll on the building, and an aggressive rehabilitation campaign began. The electrical system was replaced, safety systems upgraded, the original steam heating system rebuilt with a new boiler, and the pipes for the building’s main water supply were replaced. Large portions of the original slate roof were repaired, and the building’s impressive Victorian masonry was cleaned, repointed and repaired.

“The Festival of Trees has been privileged to partner with the Bennett Public Library Association on a wonderful project to restore the Bennett’s magnificent stained-glass windows,” said Festival president Tom Lussier. The window project was a significant part of the Association’s most recent efforts to preserve the grandeur of the building for future generations. “It’s been a real pleasure to work with the dedicated and highly motivated team at the Bennett,” Lussier added. Since 2011, the Festival has contributed nearly $30,000 to support the restoration of the building’s stained-glass windows.

The Preservation Award was established by the Festival Board in 2009 to recognize individuals and organization that have made a significant contribution to historic preservation and restoration. It was named in honor of Festival Founder and Past President Sharon M. Pollard in 2017.