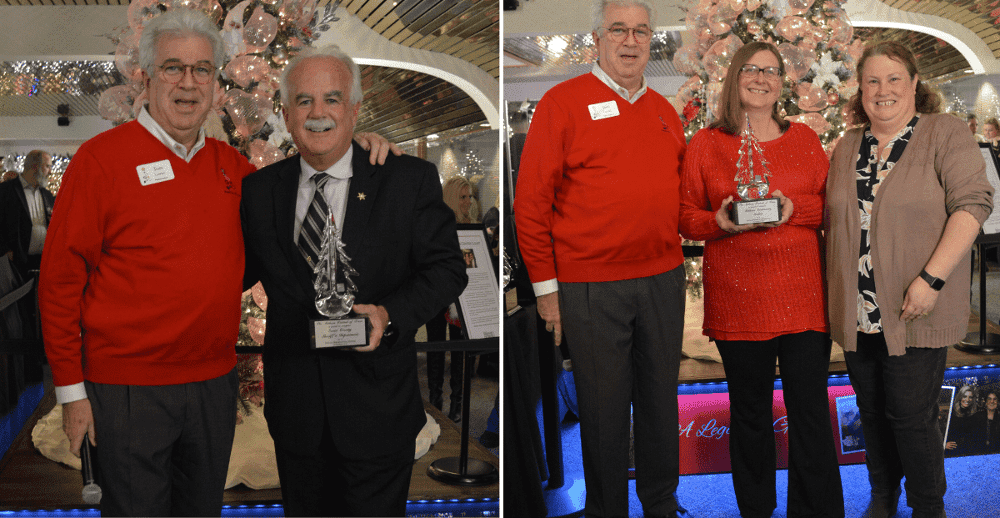 In 2013, on the occasion of the Festival’s 20th Anniversary, the Board of Directors established the Special Friend of the Festival Award. The award is presented to individuals or organizations that have made a special contribution to the Festival of Trees.

“This year, our Board has voted to honor two organizations that have assisted the Festival over most of our 29-year history,” according to Tom Lussier, Festival Board president. “The Essex County Sheriff’s Department and the Methuen Community Studios have both made valuable contributions to the success of the Festival and we’re proud to recognize them this year,” Lussier added.

MCS, formerly known as MCTV, has been actively covering, supporting, and promoting the Festival of Trees for most of our 29 year history. Each year, in one way or another, MCS has helped to make the Festival a success. MCS has donated trees, hosted special programs to promote the Festival, and by broadcasting parts of the event, MCS has enabled countless individuals to “Share the Magic” who might not be able to visit in person. The award was accepted by Karen Hayden, MCS Executive Director, and Michelle Houle, MCS Community Services Manager.